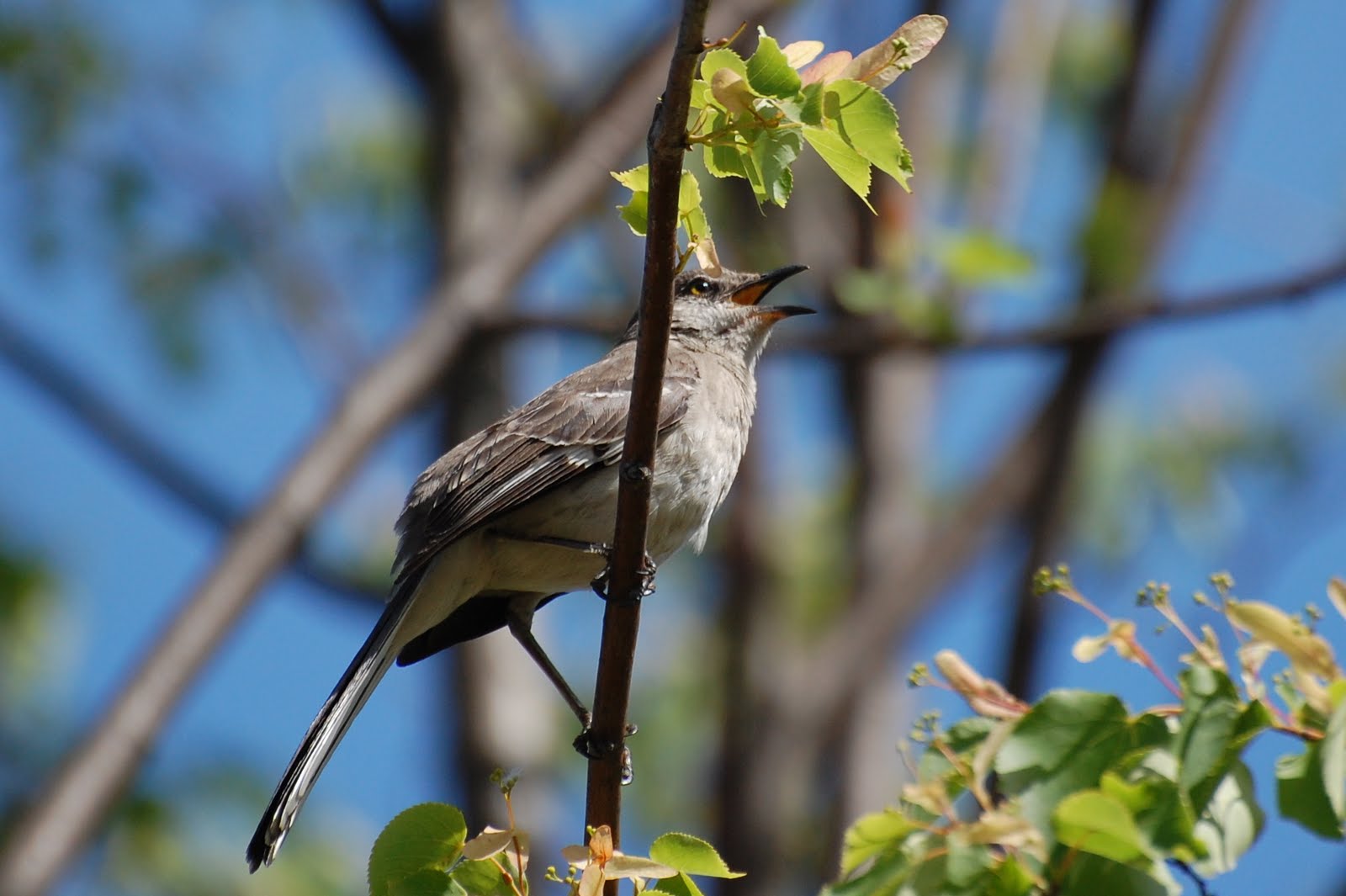 I have seen where the she-bird, the mocking-bird, sat on her nest
in the briers, hatching her brood.
I have seen the he-bird also;
I have paused to hear him, near at hand, inflating his throat,
and joyfully singing.

When I picture a mockingbird, it often looks like the one above -- sitting on a conspicuous perch with beak open and singing loudly. But mockingbirds don't sing in winter. I have written about winter mockingbirds before -- click here for an earlier blog -- but every year I notice their seasonal personality change. For the last few weeks, as the weather has become grey and cold, a mockingbird has been coming to my porch in the mornings looking for raisins.

Except for its flashy white wing patches, you might think it was an entirely different bird than its summer self. It is quiet! The famous singer has not a word to say. It is enough to give the widely held impression that mockingbirds fly south for winter. Some mockingbirds from colder places further north might move to warmer locations for winter, but in Brooklyn they stay put -- and rest their voices.

Posted by Julie Feinstein at 4:50 PM